You're upsetting the narrative, cracka!

At Gallup, "Fewer Blacks in U.S. See Bias in Jobs, Income, and Housing" (via): 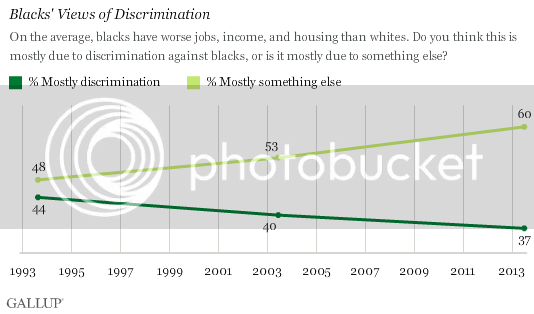 Yeah, well, that old racial shuck and jive only works so long, and then you gotta come up wit sumpin else. Just 20 percent of whites chalk up differential outcomes to racism, so the left's shakedown artists better step up their game, mf's.

Yo, Al Sharpton, you wit me brother?!!